....how I loved and hated you, but you were the only game in town.

While I'm not pulling ALL of my film from my freezer, I'm pulling most of it. You see, I haven't shot a roll in 10+ years. What I have left is #stalefilm & waaaay past the expiration date. Us on location commercial photographer used an ancient acronymic language when chatting about film not that long ago, such as PKL, PKR, TMAX, EPL, RVP, NPZ, TRIX, C41, E6 etc.

I showed this colorful film pile to my Daughter, Rose (7 yr) and naturally she had noooooooo idea what this was, but loved all of those pretty film canisters & all of those colors! When I told her that this is what we used, as an advertising photographer and industrial photographer, she looked confused lol.

The tethered studio folks embraced digital earlier than us lifestyle photographer did, especially commercial photographer St. Louis. I'm just glad that I don't have to lug around those cans any more & deal with TSA, flying etc. 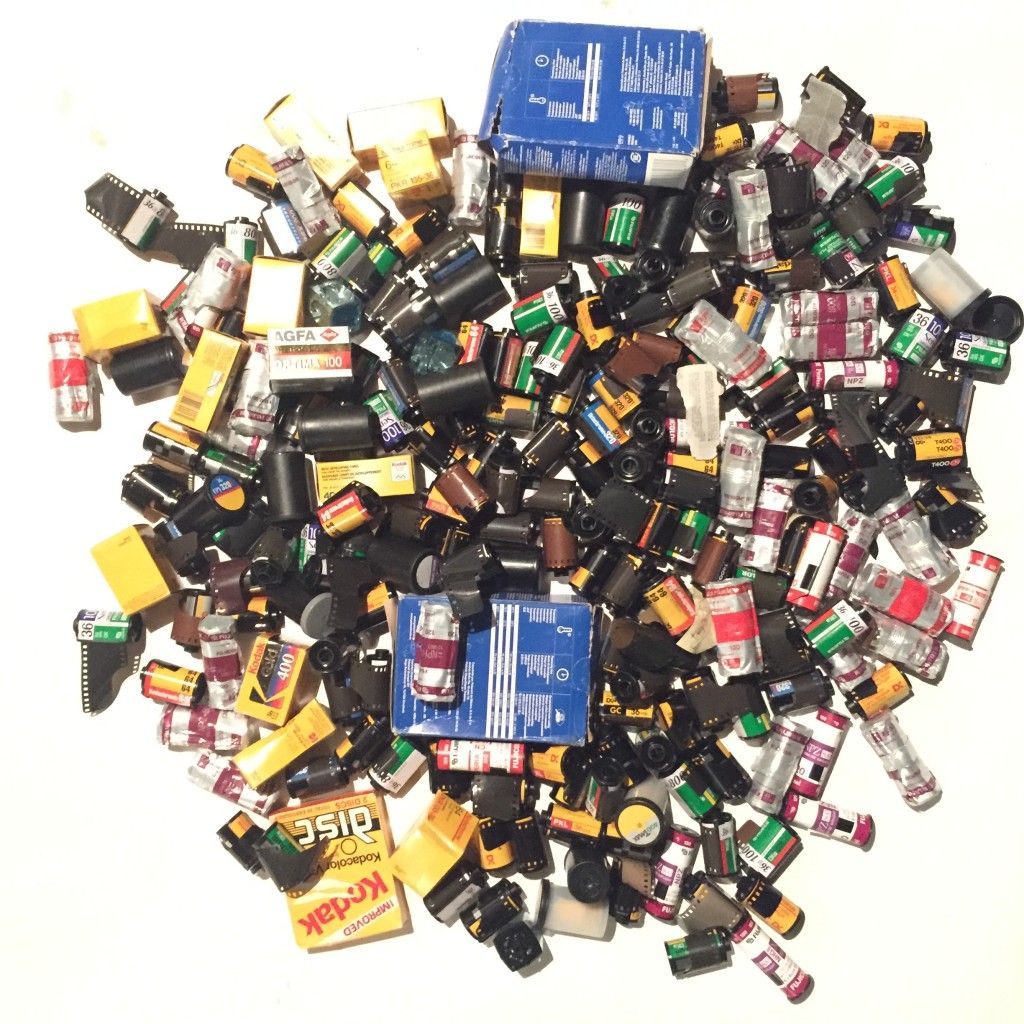 One of my fondest memories is of freshly run #kodachrome, ohhh that smell! The E-6 smell, the black & white chems, yum! And the organization of it all. I have 12 jumbo file cabinets dedicated to my career with film...and garbage cans full of "outs" that I never threw away, thank you Jay Maisel.

Want to learn how to take photos? Shoot with E-6 for a few weeks and discover the lack of latitude in which you have to work with, maybe a stop in either direction, maybe lol! Things had to be right. Or they were very wrong.

Want to talk about buzz kills? Polaroid tests. I don't miss those one bit! Depending on the temperature & the Polaroid film choice, it could take anywhere from 30 secs to 3 minutes to develop, whilst the set came to a screeching halt...and then you just hope that the film pulls clean. Or you shoot another.

3 Minutes doesn't seem like a lot of time, but when you shoot a CEO, for example, and you only get 5 minutes, well, you set up & test well before the arrival of your subject and then lock down the set--> enter subject, shoot a 'roid, and start shooting film. Assistant pulls it, and adjust if need be, think fast, make small talk and stay cool! Clip test in the lab, and push or pull the film as needed. I used to assist photographers who would freakout during this process. Photographers could be real jerks back then, I attribute some of that bad mojo to film lol.

We not only had light meters, but color meters as well, ugh. And that dictated the film that we used on location. Mixed lighting, and we'd have to gel the overheads, or filter them out and of course loose some stops.

We traveled with a lot of film, at least a backpack full, sometimes duffels, and it all needed to be hand checked in airports. The States were a pain, but decent. If you told security that it was all asa 800 or higher you get a hand check. London/Heathrow forget about, all film got x-rayed like it or not. Once I talked my way through it, I don't know how. Eastern European x-ray machines would toast film completely, trash it at that point. Once I shot in Brazil, in the Amazon for 2 weeks and between the heat & humidity, the results were not good. We kept as much as we could in coolers but even then we got beat.

Now, it still blows me away that I can travel for weeks with digi cards that can fit in my pocket, thousands of images! We just have to manage computers, hard drives, backups, readers, dozens of cords etc. etc. Always something, but it's all good!

We used to label & number every roll that came out of the camera with specially made stickers and we would separate the even & odd rolls. From that point on they never came together until they hit my light table. We would travel with them separately, messenger them to the lab separately & have them processed separately, always the same chemicals though, for consistency sake. The clip tests, the endless editing, stacks of slides, sleeving them, duping & scanning the selects, canned air etc. Meticulously tracking every submission to clients, follow up calls to retrieve the film, lawsuits due to lost or damaged film. I haven't spoken to my IP attorney in years, I kind'a miss him, we had some good times and quite a few court dates in lower Manhattan. We always won. But we didn't always get paid. Fun!

To tell you the truth, the scent of freshly run PKR aside, I don't miss film one bit. It is true that each manufacturer had different emulsions that had their own personalities & character, and I always appreciated that. However, now I have the ability to develop my own look, feel & texture thanks to digital, it's my own emulsion! I'm so thankful to have experienced film and to have the education & pressure of shooting with chrome, but I'll be fine if I never have to make another image with film. #goodbyfilm. #filmporn