I Have a USPS Stamp

I'm pretty stoked about this, the US Postal Service just announced a stamp with one of my photos. It's not a 1, 3 or even 20 Cent stamp, it's a Forever one, First Class stamp, baby! It honors Mississippi’s designation as the birthplace of the blues & the photo is of the great Jimmy "Duck" Holmes. They go on sale early 2017.

This image was born out of one of my passion projects, my Mississippi Blues series. As an on location commercial photographer, this was such an honor, I sure didn't see this coming! #honored #visitMS #Jimmyduckholmes #USPS#bluefrontcafe #foreverstamp #Bentonia #jukejoint

This stamp celebrates the 200th anniversary of Mississippi statehood. Mississippi became the 20th state on Dec. 10, 1817. The stamp features a 2009 photograph showing a close-up of a guitar player’s hands. Mississippi is the birthplace of many legendary blues artists who created a uniquely American genre of music. Among states, the Magnolia State is 32nd in size, and with nearly three million people, it ranks 31st in population. Art director Greg Breeding designed the stamp with an existing photo taken by Lou Bopp 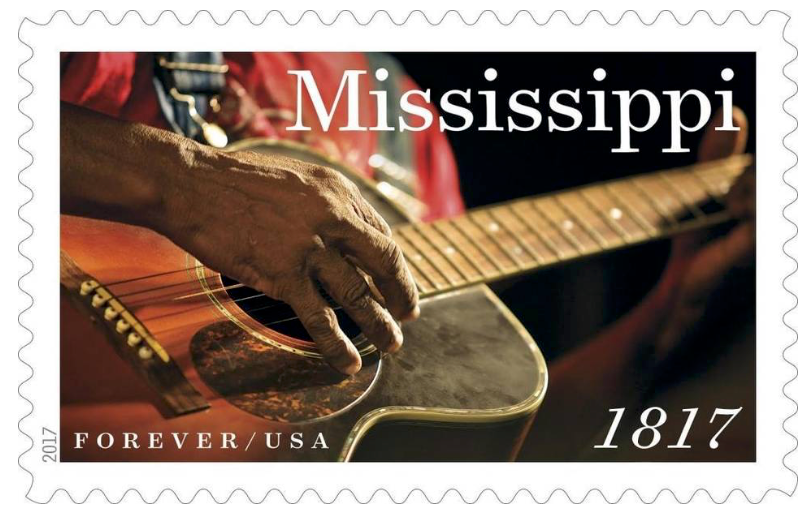